Esports organisation Splyce have announced that they are entering into the Street Fighter V esports scene by signing Ryan "Filipino Champ" Ramirez to their roster.

"The fighting game community is one of the most passionate and dedicated scenes in all of video games," the announcement said. "Those qualities represent some of the best that video game fans have to offer. We are delighted to become a part of the FGC by supporting it and one of its most prestigious players. We cannot wait to watch Filipino Champ continue to push himself and bring home even more championships for Splyce."

Filipino Champ has won several tournaments over his career, and has even placed first this year already at Genesis 4's Street Fighter V event, also competing in many others throughout 2016. 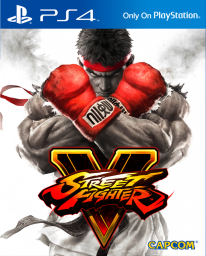