Avalanche Studios were on a roll this E3 with the likes of Just Cause 4 and Rage 2, but equally interesting was the tactical co-op open-world action game Generation Zero set in a day after disaster scenario in an alternative Sweden in 1989. 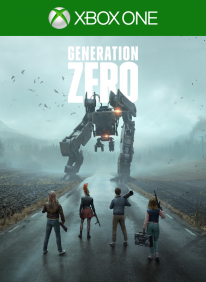 Generation Zero - In-Depth with the Enemy

DayZ - Every Day is a New Story Cinematic Trailer