One of the biggest sports broadcasters BT Sports has made a deal to be able to broadcast esports alongside its long lineup of sports programs, as they're now scheduled to broadcast the remaining stages of the FIFA 17 Ultimate Team Championship, including the $400,000 USD finals in Berlin on May 20 & 21.

That's not all, though, as they're also broadcasting the regional finals of Europe, North America, and Asia-Pacific in April and May in the run up to the final, so fans can be sure not to miss any of the action when it comes to who's hot and who's not in the series.

Is it a big message to esports that BT Sports are broadcasting the tournament? 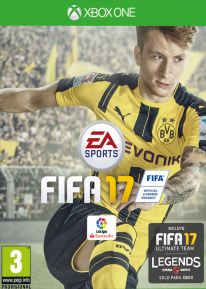